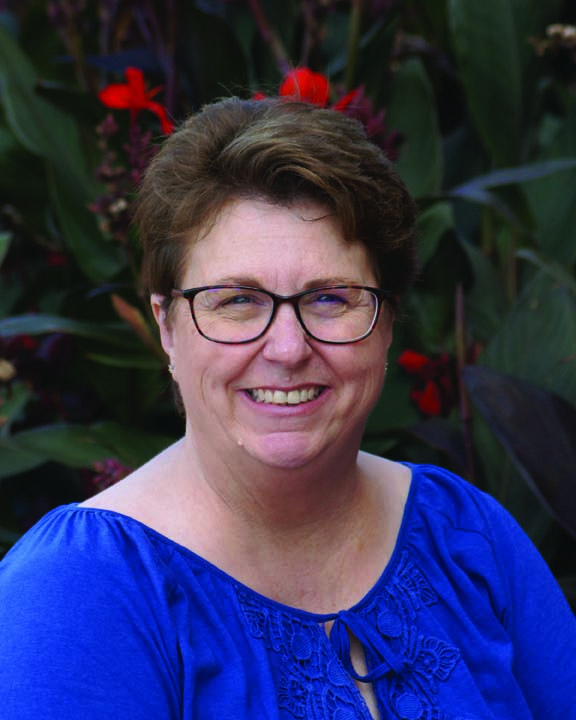 Tammy Themel has spent the past 20 years working in non-profit organizations on behalf of families and local communities. She began her career in entrepreneurial start-up companies and gradually moved into nonprofit management. She is passionate about working within communities and served as the CEO of the Colorado Agency for Jewish Education for 8 years prior to joining accessABILITY.  As the CEO and Executive Director of accessABILITY, Tammy is committed to continuing the high standard of service and outreach that has been associated with accessABILITY for many years.  She is excited to be part of the Indiana disability advocacy community and has made it a priority for accessABILITY to create more avenues for engagement and education. Tammy earned her BA from the University of Colorado and her MBA from Purdue University’s Krannert School of Management. She is the proud parent of three wonderful children. When not working, she can be found creating living history impressions or warping her loom.

Image description: Tammy is smiling and facing the camera. She has short dark hair, is wearing dark rimmed glasses and a dark blue shirt. 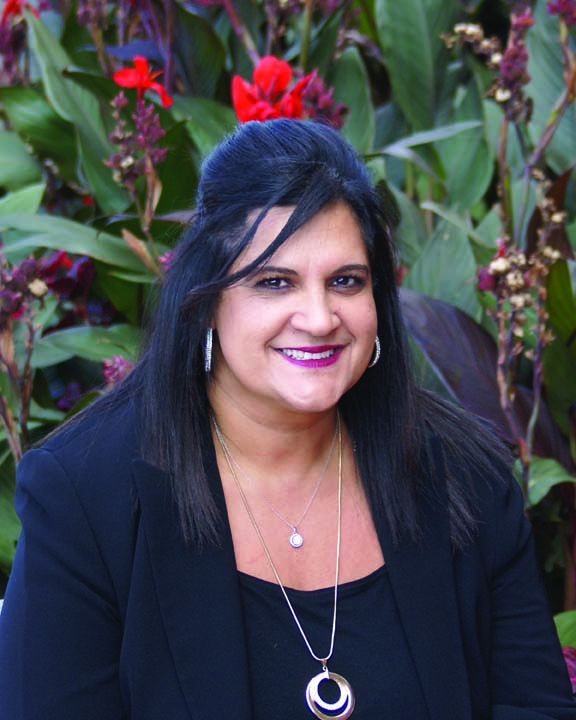 Soraya has worked in various roles at accessABILITY since 2011. Prior to her employment at accessABILITY, she worked with individuals living with mental health disabilities for over 20 years in a hospital, case management and advocacy capacity. She currently serves on the NAMI – Indianapolis Board of Directors. Soraya was appointed to the late Governor Frank O’Bannon Council on State Operations Care Facilities. She holds certificates of achievement on Play Therapy Workshops for children with conditions of mental illness, Training in Rehabilitive Psychiatric Services and GLICH (Great Lakes Institute for Community Health Educators). She has volunteered on the Suicide and Crisis Hotline, (CASA) Court Appointed Special Advocate and with different organizations that promote education and awareness to eliminate human trafficking. Soraya also volunteers as a foster parent. Soraya received her Bachelor of Arts degree in Communications from Ball State University in Muncie, Indiana. In her spare time, Soraya enjoys playing tennis, reading, and spending time with family and friends.

Image description: Soraya is smiling and facing the camera. She has medium length black hair, is wearing a black blazer and silver jewelery. 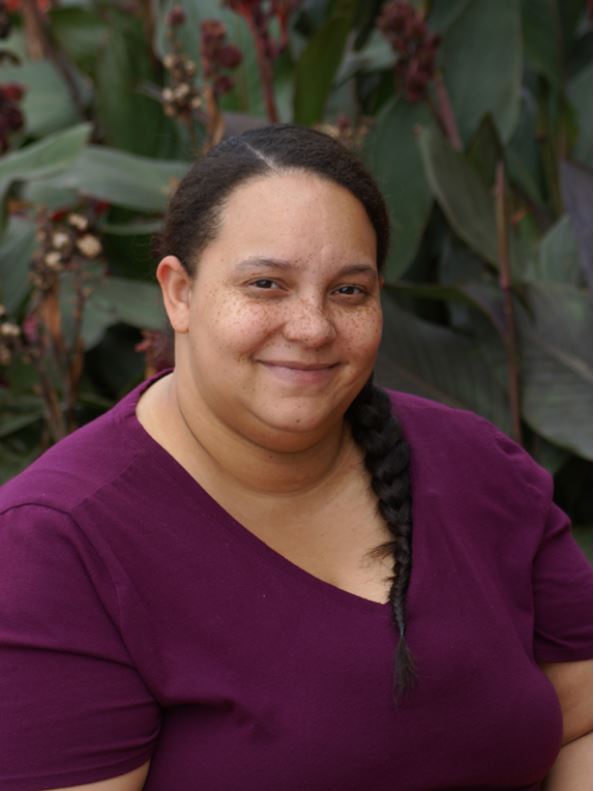 Letta began working at accessABILITY in March of 2016. She has had many roles throughout her service. Her current role as Operations Director has many functions that help keep accessABILITY running smoothly. Letta serves a member of the Leadership Team. She is a true team player that helps whenever or wherever she is needed. Letta graduated with her Bachelor’s of Science in Psychology with a minor in English from Martin University in 2014. Letta has been a licensed CNA/HHA since 2007. Outside of work, Letta enjoys spending time with her loved ones. She is the mother of a wonderful daughter named Ashley. Her hobbies are reading, writing, and bowling.

Image description: Letta is smiling and facing the camera. Letta has long black hair that is braided to one side and is wearing a purple short sleeve shirt. 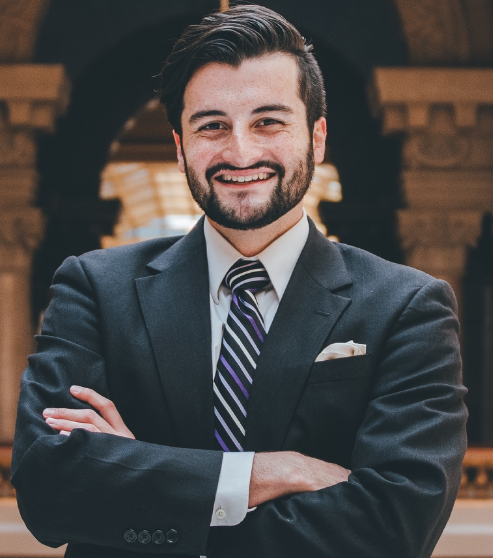 Marcel received his J.D. from IU Robert H. McKinney School of Law in 2019, and received his B.S. and B.A. in 2015 from Purdue University with a double major in history and political science and theory, performing original research on U.S. foreign and drug policy, and minority representation in the Indiana General Assembly. Additionally, while at Purdue, Marcel had to the opportunity to perform across the U.S. and around the world with the internationally acclaimed Purdue “All-American” Marching Band. After receiving his bachelors and prior to entering law school, Marcel worked as a legislative aide for the Indiana General Assembly, and C-SPAN as a congressional analyst. At law school, Marcel was a Resident Merit Scholar and recipient of the Judge John Ryan Scholarship and performed research on international election law and technology and Supreme Court decisions regarding race. Marcel then worked as a lobbyist first for Ice Miller and later for the Hoosier State Press Association. At the same time, Marcel worked as a law clerk in the Indiana Attorney General’s office where he worked on Medicaid fraud, drug, and abuse cases. Marcel also served as a mentor to a recently released federal offender in the IU McKinney Re-Entry And Community Help (REACH) clinic, captained the REACH voter registration project, and served as Treasurer of REACH’s parent organization, the Second Chance Reentry Assistance Program (SCRAP). Additionally, Marcel was a member of the Hispanic Law Society, International Law Society, the Women’s Caucus, and volunteered more than 200 hours of pro-bono work during his time in law school.

Image description: Marcel is smiling and facing the camera. He has short dark hair and beard, he is wearing a dark suit and blue stripped tie. 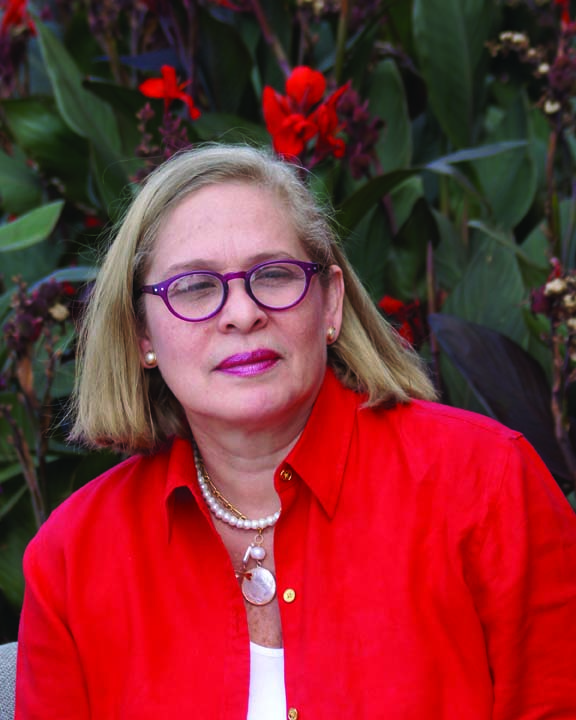 Carolina was born in Caracas, Venezuela in northern South America. She received her high school diploma with mention of Sciences and Humanities in 1980. She studied at the Institute for Professional Teaching Improvement and earn The Child Development Associate Credential (CDA) in 1986. She completed her undergraduate studies in her Country at University Institute of Industrial Technology “Rodolfo Loero Arismendi” and received an Associate Degree in Computer Science in 1991. In November 2000, she moved to the United States for opposing the previous Venezuelan government because it put her life at risk. She is accessABILITY’s longest serving Advocate.

Image description: Carolina is sitting facing the camera. She is wearing glasses and a red button down shirt with matching pearl jewelry. 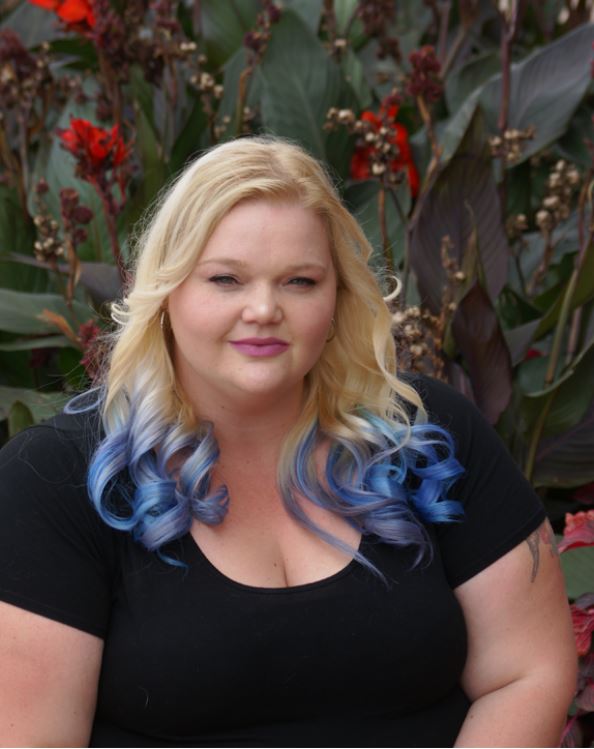 Beth is a native of Southern Illinois. She has background as a dementia and alzheimer’s care giver, in customer service, inventory, management, employee advocacy, event planning, and OSHA safety regulations. Beth enjoys helping others in her community and works with several non-profit and charity organizations. She has been a member of Relay for Life for over 13 years and is a constant advocate & foster for animals in need, working with local animal rescues in Indiana. Beth is the proud parent of 2 amazing and funny kids, and several furry ones too, they can be found making lots of fun and loving memories.

Image description: Beth is smiling and facing the camera. She has blonde and blue medium length curled hair and wearing a black short sleeve top. 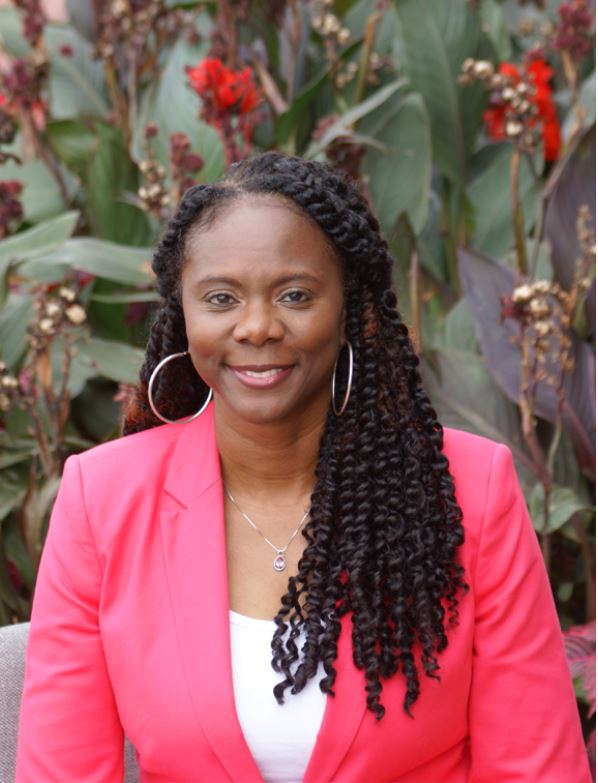 Glenda Mark has an extensive background in the Human Services Field, Mental Health, and Corrections. She holds an undergraduate degree in sociology and a master’s degree in counseling from Chicago State University. Glenda enjoys spending time with her husband and son, fitness, traveling and upholstery.

Image description: Glenda is smiling and facing the camera. She is wearing long black goddess locs and a pink blazer with silver hoop earings. 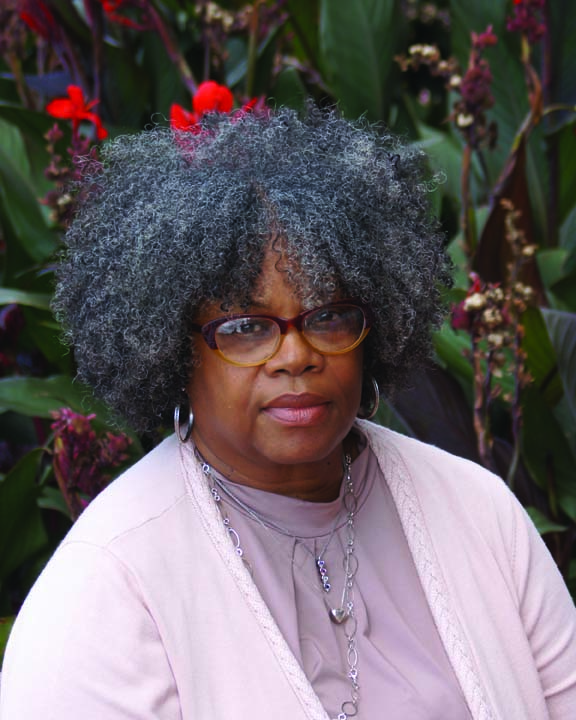 Patrice has been employed with accessABILITY CIL since 2018. She has over 30 years of experience working with individuals with disabilities, youth and women. She has worked in large state agencies as well as small not-for-profit agencies in Indianapolis and surrounding counties. She has served in roles within the developmental disability population such as community liaison, employment consultant and Medicaid waiver case manager. Patrice has volunteered among the female youth population; serving within such agencies as IndyPendence Job Corp, St. Florien Center and Lilian Davis Foundation. One of her favorite volunteer positions was as a story reader for students at IPS #44 Riverside Elementary School on Dr. Seuss’ Birthday. Patrice is one of 4 daughters; she has three daughters of her own and two granddaughters. She is still waiting for a male grandchild. Favorite saying: “Some are born great, some achieve greatness and some have greatness thrust upon ‘em.” William Shakespeare

Image description: Patrice is sitting and facing the camera. She has salt and pepper short natural hair and is wearing glasses with some silver jewelry and taupe colored sweater set. 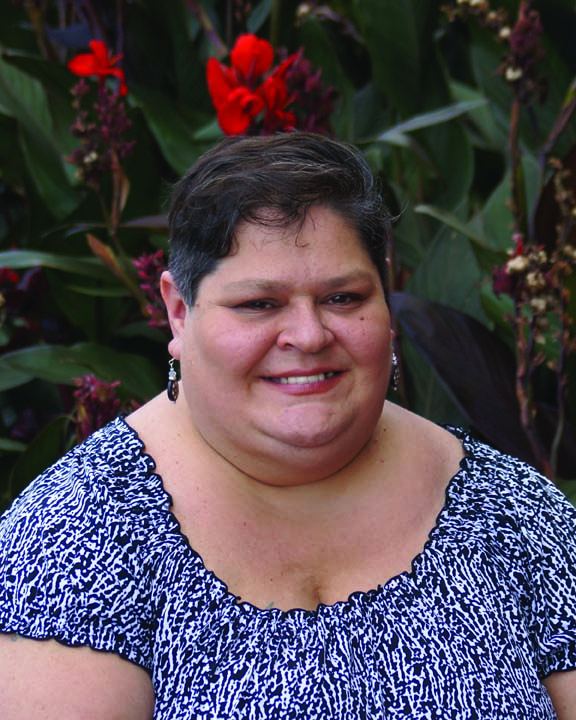 Barb Is a native of Wisconsin, but moved to Indiana in 2010. She has administered a group home for teenage girls with mental health disorders and survivors of abuse. Barb raised over twenty-two girls, between the ages of twelve and nineteen. She has always been an advocate for foster children and recently has become an advocate for the Blind and Visually Impaired. Barbara is a board member for the State chapter of The National Federation of the Blind, she also coordinates the Belle Academy, which helps young children with visual impairments learn to read and write Braille. Barbara has an Associate’s Degree in Applied Sciences from Kaplan University. When she is not working, Barb loves to spend time with her husband and son, attending her Women’s Bible study group, bowling with the Blind community, and relaxing with her three dogs.

Image description: Barb is smiling and facing the camera. She is wearing a short sleeve black and white top. 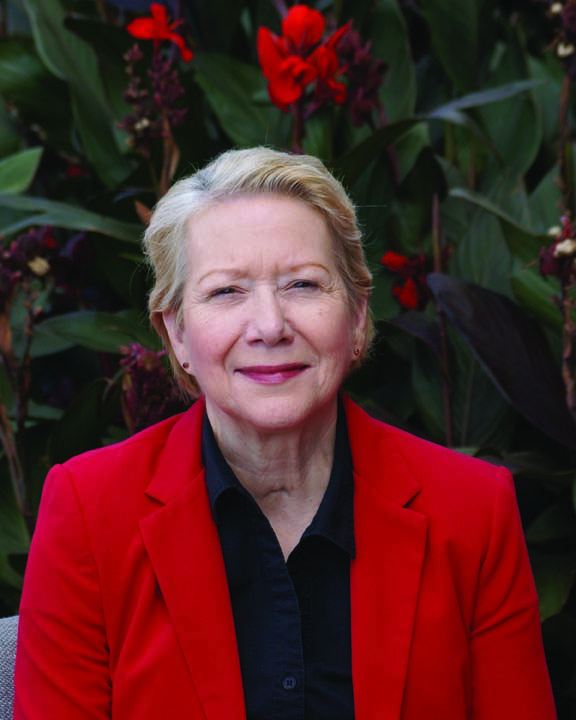 Linda has a background in insurance and as a legal administrative assistance.  She has had several articles published (not including those for her former column in a small Indianapolis newspaper), as well as one book of poetry and over twenty poems, some with accompanying artwork by the author.  Linda has also written and composed four award winning songs for the Northwest Alabama Music Publishing Company. She graduated the Medical Office Specialist program with honors at Kaplan College in 2012 and has been involved in many areas of volunteer work, including hospice, nursing home ministry, first grade reading tutor, and Relay for Life Southeast Indy.  She is also sponsor to a ten year old boy in Langa, Western Cape South Africa.

Image description: Linda is smiling and facing the camera. She has short light colored hair and is wearing a red blazer and black button down top. 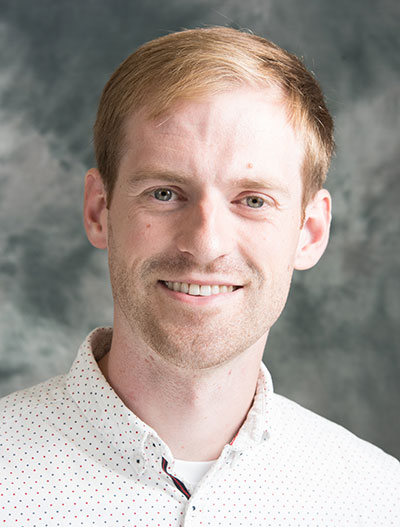 Joe serves as the Young Adult Council Advisor for accessABILITY. His experience ensuring the full inclusion of people with disabilities began in 2005 while working at CYO Camp Rancho Framasa, a summer camp that is inclusive of youth with disabilities. He has since spent well over 10,000 hours working alongside people with disabilities in recreation, education, and non-profit settings. Joe has been a part of accessABILITY’s mission to foster inclusive communities in Indianapolis and the surrounding counties since August 2014. Joe received an undergraduate degree in Theatre from Ball State University in 2010. In addition to his love of theatre, his hobbies include traveling, running, hiking, kayaking, and any adventure that can get him out into nature.

Image description: Joe is smiling and facing the camera. He has short red hair and is wearing a polka dotted button down shirt.